You were born to thrive and take inspired actions in life.

If you feel motivated to make 2022 a powerful year for soul inspired action and move out of cycles of dis-ease, this series is for you!

Tap into the power of my signature Aatma (“vital breath”) Method

Ground your body in wellness

Create clarity in your mind

Connect to your heart and heart desires

Struggle be gone … Let the receiving with ease and grace begin.

This series is based on Loretta’s signature process, the Aatma or “vital breath” Method.

A holistic and proven thirteen-step approach for life transformation, the Aatma Method has been curated for you to thrive.

When we step into this method of change to create more wellness and intentional action in our lives, incredible shifts start to happen with much less effort than we initially thought possible.

In this HeartBreath journey, you’ll experience the first five steps of the Aatma Method.

It’s an incredible opportunity to create limitless possibilities in your life and bring in the new year with more clarity and intention.

You’ll save so much time and resources on your holistic wellness journey.
You’ll look back and wonder how that was even possible!

I promise, you’ll come out of the experience
so much lighter and with clear soul-inspired actions!

“Loretta’s Monday classes not only kept me going through COVID – they changed my life!”

You can learn more about the work here. Each class requires you to have space to lay down, without distractions, for the duration of the experience. You will receive an email 24 hours before each class with instructions of what you’ll need to get the most out of each experience.

How the journey unfolds: 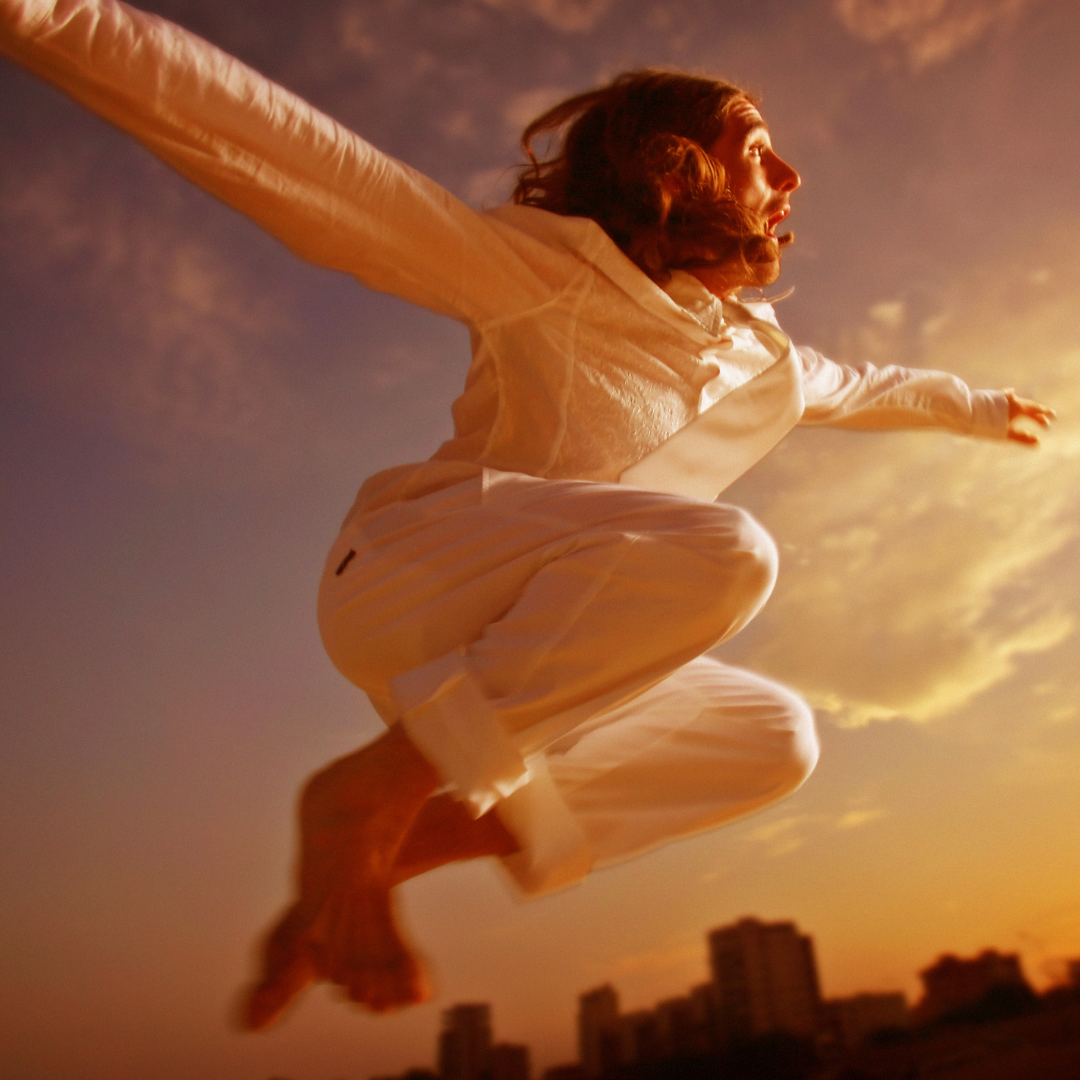 The Aatma (“Vital Breath”) Method is a 13 step process of personal evolution. It’s Loretta’s signature process and how she’s been able to support hundreds of people to thrive beyond their mind’s conceptions for the last 14 years.

In this 60-minute session pre-recorded session, we’ll learn about the Aatma 13 Steps of Transformation and why the Power of 3 is vital for sustainable change. We’ll then create an intention of opening our mind, body, and souls to limitless possibilities of love, joy, and happiness for 2022 and step into our HeartBreath practice with ease and grace using meditation and a mini breathwork experience.

Our physical body carries so much of our experiences. When we step into the consciousness of energetic dynamics in our body, we can release and ground into it to empower our physical wellness.

In this 75 minute session, we’ll set intentions for our bodies to feel more grounded, cue in our physical intelligence.

In the world we live in, our minds are often hyperactive. When we bring consciousness to why our brains are constantly perceiving information in the way they are, we can use our newly grounded bodies to give our minds a rest.

In this 75 minute session, we’ll set intentions for mental rest and clarity.

“Tonight’s journey was one of the most intense, beautiful flow states I have ever experienced. The music spoke to my soul and your voice was my guide. You have set me on a path that will have a lasting effect. In my life and others. Thank you for following the guidance that has lead you to this work. It is beautiful!” 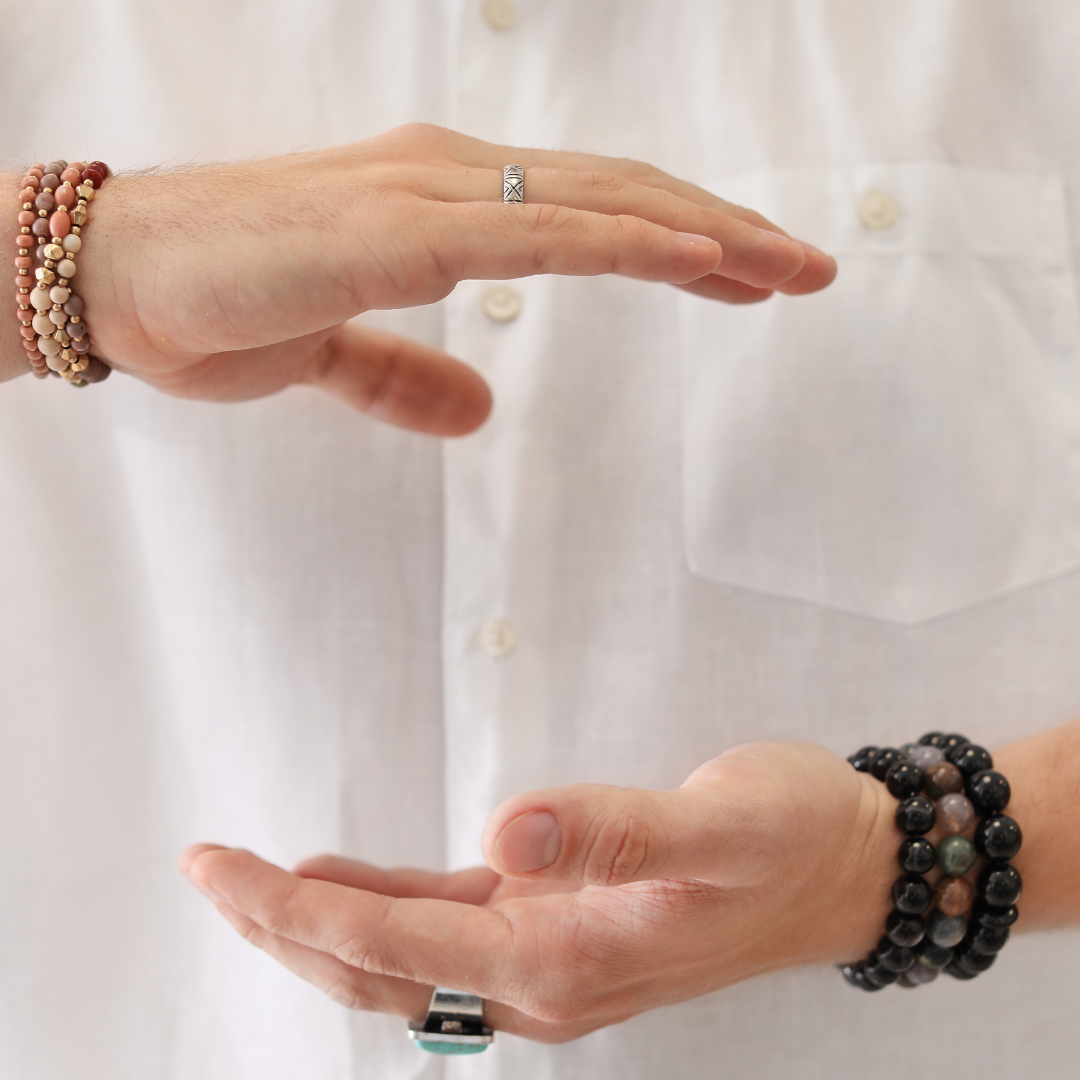 Coming into a grounded body and clear mind is essential for stepping into our heart and heart energy. This is a pivotal step in the Aatma Method.

In this 75-minute session, we’ll set intentions for connecting deeply to our heart energy and exponentially heightening our energy field so we can tune in to our soul needs. 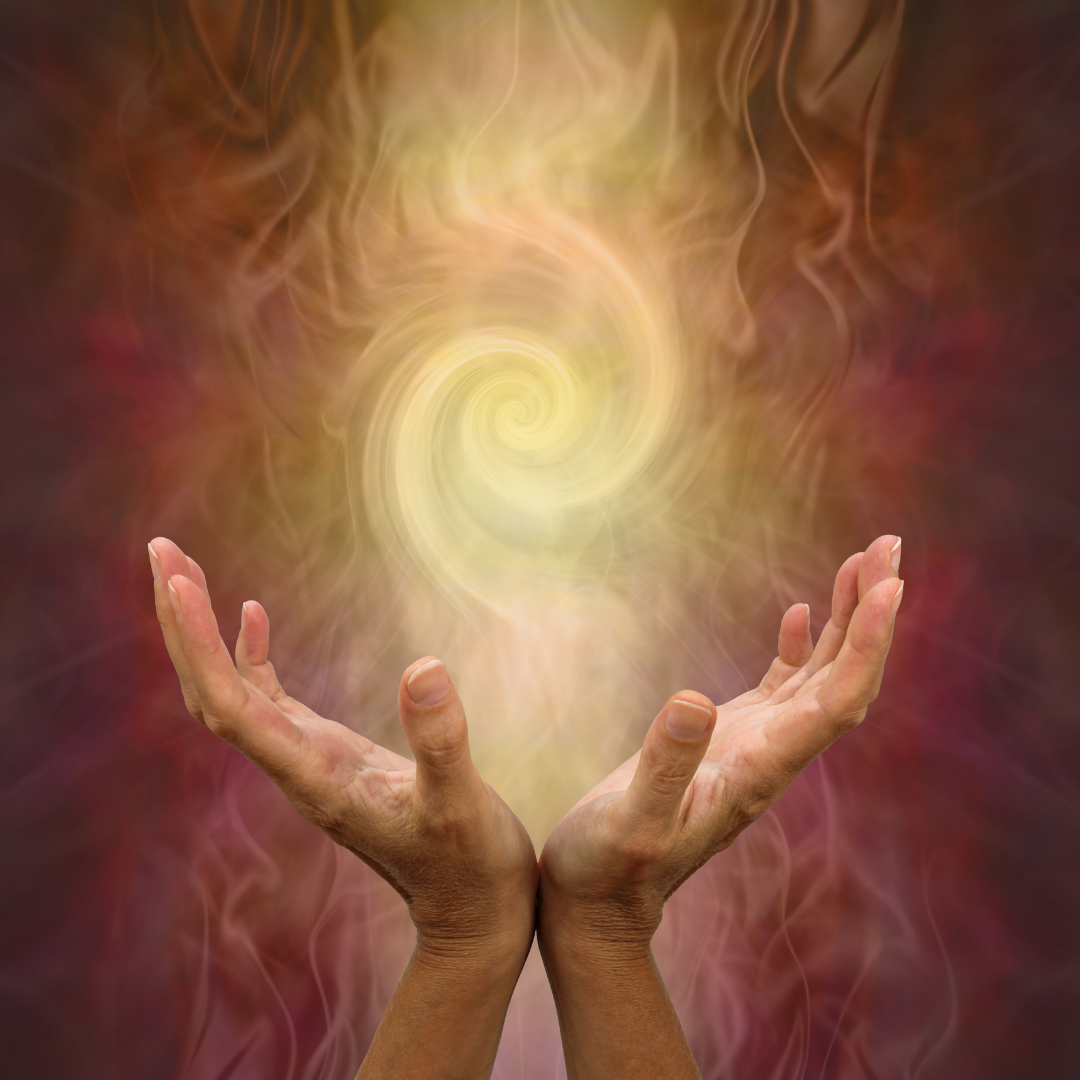 The human spirit requires a connection. Regardless of your faith, atheism, or creed/ religion, the spirit needs to feel safe, supported, and in faith. When we are on purpose, we inspire change and possibilities in our lives.

In this 75 minute session, we’ll set intentions for connecting to nature, life, and purposeful action. We will step into a practice of gratitude and conscious change. 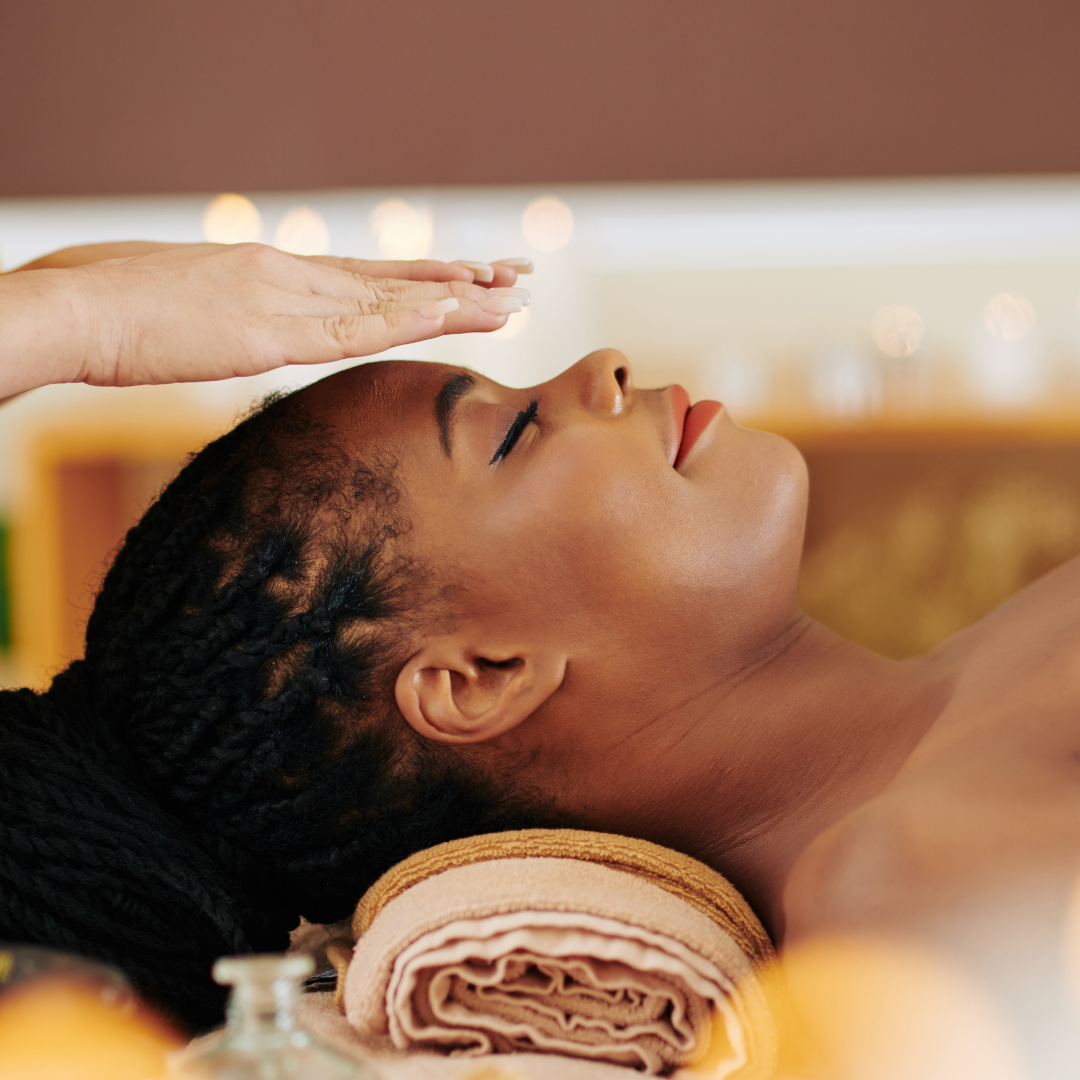 When we’ve grounded the body, cleared the mind, connected to the heart, and elevated our soul energy, we can then set powerful intentions and activate a universal force to ignite our actions.

In this 75 minute session, we’ll set clear actions to ignite our year and send an empowered energetic ripple out into the world so we can draw in more of what we desire with ease and grace. Struggle be gone. Receiving is present.

“Breathwork with Loretta has truly enhanced my life and spiritual practice. After participating in the chakra and other advanced sessions, I feel my body and mind are more balanced, in-tune and connected. The state of clarity I have also been able to achieve through the breathwork has also grounded me and opened up my creativity, which thanks to Loretta I will be able to continue working on moving forward. I am very grateful for Loretta’s gifts and the beautiful practice she provides, and look forward to continuing working with her.”

“This last 90 days has been the most transformational time of my entire life. I feel different. Completely grounded. New eyes. New walk. New self talk. New hope. It’s like I slipped into someone else’s life but it feels like home… it’s blurry how we got here but I’m so glad I did this!!!”

A community of like-minded folks

BONUS: You’ll receive my Grounding Active Meditation PLUS  a private one to one energy coaching session with me. (Value $185)

Claim your spot in this final offering
of this journey for the year.

“I cannot recommend working with Loretta enough. After working with Loretta the first time, I surrendered to her process, to discover my passion and purpose. She helped ease my fears, lean into my passion and skills, and helped me be successful. I opened my first business, a high end personal chef and catering business in the middle of a recession back in 2009. While some would say that’s crazy, trusting Loretta and the process worked. I grew the company year over year. I eventually went on to later expand the business to menu consultation and start a social venture food bike franchise business. I have been working with Loretta ever since and will continue to do so for the foreseeable future. She’s great!” 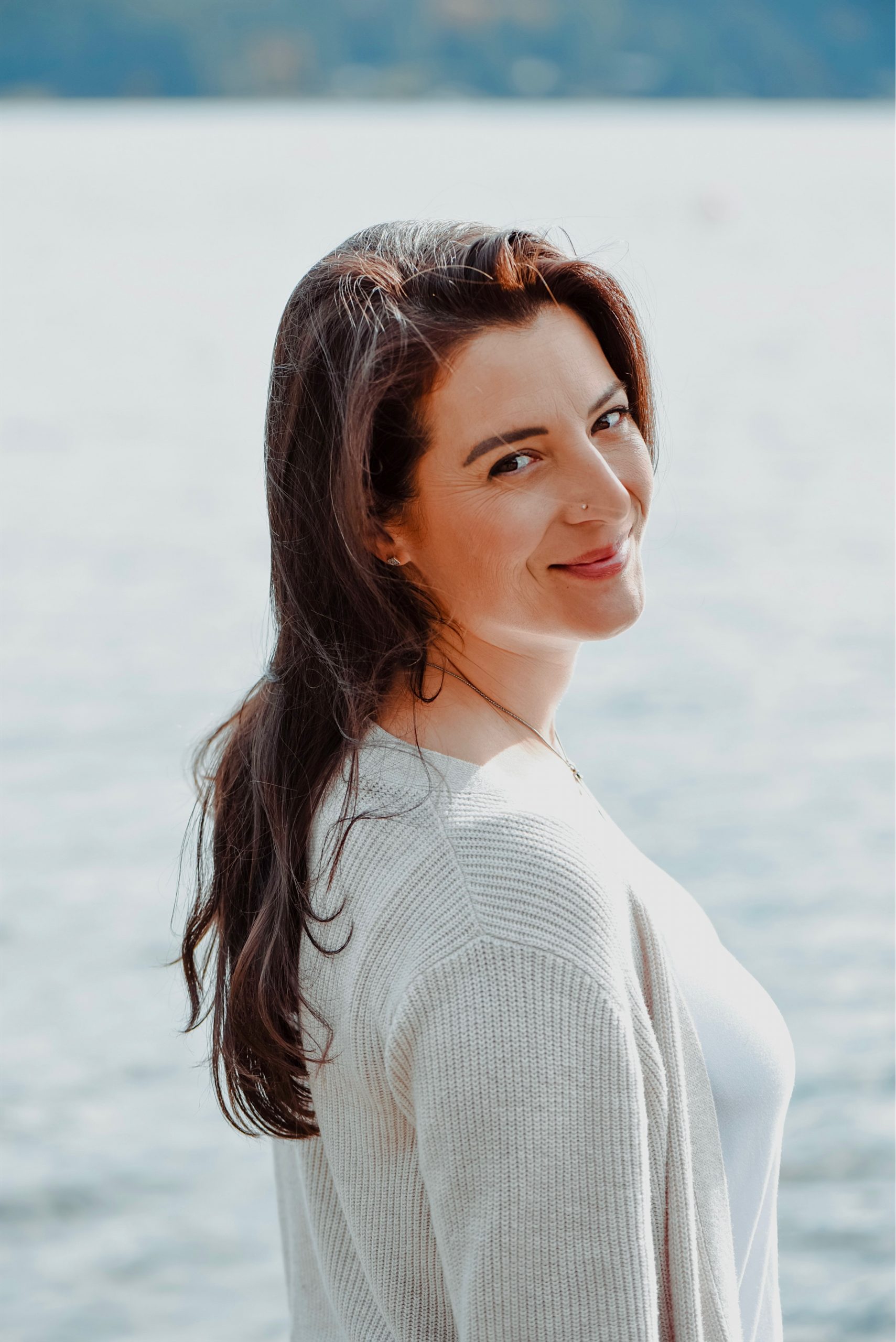 Loretta Cella holds a Masters in Leadership from Royal Roads University and has been a certified ICF coach since 2007. From grassroots charity work globally to working on provincial, federal and municipal projects as a change and organizational development consultant, Loretta is no stranger to supporting people from all backgrounds and ages to lead healthier lives both in and out of the workplace. She is a seasoned public speaker, and passionate about raising people’s potential, being immersed in diverse cultures, and the outdoors. In addition to her formal education, Loretta has been practicing holotropic-style body therapy breathwork for six years, has taken two training modalities and integrates them into her client practice.

A Neo-Pagan, Loretta includes a diversity of spiritual practices in her work to heighten client experiences both in online classes and in person.

As an independent mother of 1 and having been rescued by a dog 10 years ago, Loretta spends much of her time outdoors enjoying the beauty of the Sunshine Coast, BC.

What kind of breathwork do the sessions include?

In the session, utilize body therapy breathwork. This is a 3-part open mouth breath that activates energy stored in the body. Similar to Holotropic breathwork, this breathwork is a body therapy and is a powerful therapeutic tool for wellness and well being. Most of my clients love this form of breathwork because it meets less talk therapy and more healing and wellness.

Can anyone do this type of breathwork?

If you have a history of seizures, heart conditions, on heavily prescribed medication, pregnant, or suffer from high blood pressure, this kind of breathwork most likely is not suitable for you. If the series still feels like a fit for you and you would like a less therapeutic breath pattern, please message me, and I can offer you a varied practice to support your wellness.

What will I need for each session?

All you need is wifi, a technology to log into Zoom (computer / phone / iPad), a quiet room, a blanket, a yoga mat if you have one (not necessary), and you!

Are the sessions recorded and sent out if one is missed?

Breathwork sessions are personal and have therapeutic content. As much as I would LOVE to offer recordings to participants, it’s not aligned with my ethical principles of honoring confidentiality and ensuring safety.

Can others see me breathe?

The only person that sees you in the breathwork portion of the sessions is me! As a guide, my job is to ensure that you feel safe, supported, and have the best possible experience. During the sessions, I ask folks to turn on their cameras and angle them so I can see you from head to chest. This allows me to see what’s happening with your breath, instruct a shift if necessary.

More joy and ease are waiting.

“Although I was wary at first about Breathwork, Loretta’s knowledge and guidance through the session made me feel at ease in no time and disband any skepticism I haad. It’s incredible how a Breathwork session can unblock energy and negativity in your body, and the long term effects have really stuck with me. Loretta is definitely a pioneer of this practice and a great person to undergo this work with, especially if you have any reservations or feel nervous about it.”